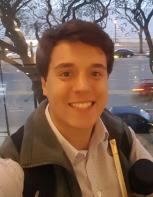 Vinicius grew up in Camaquã, a small city located in the south of Rio Grande do Sul state - Brazil. In 2014 he started to study Veterinary at the Federal University of Pelotas and graduated in 2018. During the Veterinary program, Vinicius collaborated with several research and extension projects about animal metabolism, reproduction, and nutrition. Still as an undergraduate, Vinicius went to Argentina, at the Universidad Nacional de Río Cuarto, to do an internship under guidance of Dr. Luis Losinno. He worked with embryo transfer, oocyte maturation and gamete preservation of mares.

In 2019 Vinicius started his Master’s program at the Federal University of Pelotas advised by Dr. Marcio Nunes Corrêa and co-advised by Dr. Eduardo Schmitt, where he developed two experiments with rumen-protected methionine supplementation for postpartum Nelore cows exposed to high temperature-humidity index environments, and its effects on heat-stress and reproductive parameters.

On July 12, Vinicius started his exchange visitor program as a research scholar at the UF/IFAS Range Cattle REC, under guidance of Dr. Philipe Moriel to work with the Ona nutrition and management group. 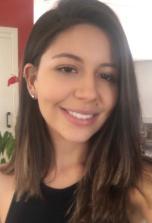 Laís is originally from Jundiaí, a city located in the state of Sao Paulo - Brazil. In 2018, she earned a Bachelor’s degree in Animal Science from the Faculty of Agricultural and Veterinary Sciences - UNESP, Jaboticabal Campus. Consecutively, she initiated her Master’s degree in ruminant nutrition and grazing management at the same institution.

During her undergraduate studies Laís had the opportunity to work on several research trials in the South Carolina, Australia, and Brazil which allowed her to study and develop technical and practical skills in many different pasture-based and feedlot ruminant production systems. These experiences have provided her a great overall vision of different production systems but also substantial knowledge in a few different areas.

She returned to the United States, more precisely to the Range Cattle Research and Education Centre in Ona, Florida in order to undertake a PhD program while being supervised by Dr. Philipe Moriel. Her dissertation will focus on fetal-programming and heat stress during gestation of heifers. 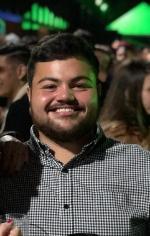 Hello, my name is Guilherme Messias de Araujo and I am from Amparo, São Paulo. I am the only child of Patricia Moraes Messias and Ricardo Pires de Araujo. I began my bachelor of animal science degree program in 2015 at the Sao Paulo State University (UNESP) - Botucatu / SP and became a member of the CONAPEC JR extension company at Universidade Estadual Paulista-Unesp/Botucatu. Lead by Dr. Jose Luiz Moraes Vasconcelos, CONAPEC is responsible for training undergraduate and graduate students, organizing seminars and conferences, and also for consulting and research in nutrition and reproduction of beef and dairy cattle. Being a member of CONAPEC gave me the opportunity to come to the UF/IFAS-Range Cattle Research and Education Center to work with Dr. Philipe Moriel for my undergraduate required internship. I plan to graduate in December. 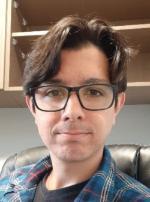 Matheus Fellipe de Lana Ferreira, originally from Viçosa, MG, Brazil, received his B.S. (2016) and master degree (2018) in Animal Science from the Federal University of Viçosa (UFV) focus on Beef Cattle Nutrition and Physiology. His masters project was related to the effects of supplementation on beef cows physiology and performance. He is now pursuing his PhD at the same university (UFV).

Matheus began his program at the UF/IFAS Range Cattle REC as an exchange visitor, short-term scholar working with Dr. Philipe Moriel on January 7, 2020. His term will conclude on July 7, 2020. During this time he is also preparing for his defense. 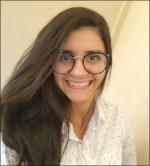 Rhaiza Alves de Oliveira was born in Moju, PA, Brazil to Jose Martins Silva de Oliveira and Maria Lucileia Alves Batista. She graduated with her BS in Animal Sciences from the University of Tocantins, in 2014. During this period, she was involved in research and extension projects in beef cattle nutrition and production. Subsequently, Rhaiza was accepted as a master’s student in the same institution, under supervision of Dr. Jose Neuman. Her research project was related to the evaluation of supplementation strategies for beef heifers. With her master’s degree completed in 2016, she was successfully accepted as a Ph.D. student there. She studied the inclusion of feed additives in supplements for early-weaned and creep-fed calves in South Florida. From January to November 2018 she completed an exchange visitor program as a research scholar with Drs. John Arthington and Joao Vendramini at the Range Cattle REC then returned to Brazil to prepare for her qualifying exams on June 25th, 2019. She once again returned to the Range Cattle REC this time to work with Dr. Philipe Moriel as an exchange visitor, short-term scholar for six months and intends to prepare for her Dissertation defense in February 2020. 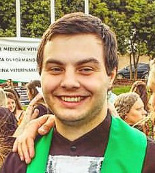 Gleise Medeiros da Silva was born in Recife, PE, Brazil. Gleise received her Animal Science bachelor degree at Federal Rural University of Pernambuco (UFRPE), Recife, PE, Brazil in 2015. In her first year as an undergraduate student, Gleise received a scholarship afforded by CNPq to conduct research in non-ruminant and ruminant nutrition, which was renewed for four years. In 2012, she was awarded by CAPES/FIPSE to attend as an undergraduate student at Texas A&M University for six months where she also developed studies in beef cattle nutrition. In 2014, she came to University of Florida –NFREC, Marianna, to conduct her final undergraduate internship where she had the opportunity to come back in 2015 as an exchange visitor.

In August of 2015, Gleise started her master’s program at University of Florida where she conducts research under Dr. Philipe Moriel’s supervision. Her research evaluates the effects of reducing the frequency of supplementation on growth and immune response of preconditioning beef calves.